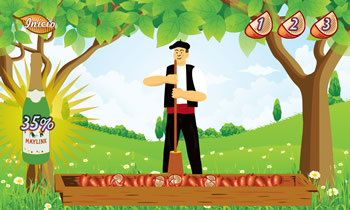 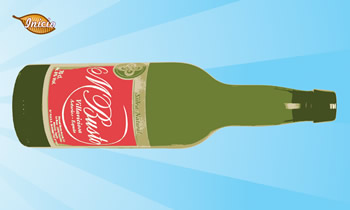 Sidra Mayador releases its free game for android platforms with which the users will be able to make and share natural, sparkling and alcohol free cider.

The cider company from Villaviciosa- Asturias Manuel Busto Amandi SA, Sidra Mayador, founded in 1939 is preparing to launch a game for android devices that allows the users to become a mayador or apple smasher. For the Asturian middle-aged public  will mean to reunite with an icon: the Mayador doll of the Gijón Showcase Fair of the 70 and 80′s.

The game is to be played in three stages which reproduce the phases of the elaboration process of the cider: to knock down the apples from the apple orchards, to pick them up and the smashing (just missing the stage of pressing with little interest to a video game). After filling the bottles the player can invite his friends to a glass of sparkling cider, a glass of apple juice and even more surprising, to pour a “culín” of cider with tho cell phones one doing the bottle role and nother the glass one.Without the slightest splash.

Beyond the commercial interest is to highlight that the fact of recovering from the most ancient past a picture of the origins of cider, the figure of the apple smasher or mayador and to make it known among the young generations through the mobile devices.